We include products we think are useful for our readers. If you buy through links on this page, we may earn a small commission. Read the full disclosure here.

Why you should trust us. Our expert reviewers devote hours to testing and comparing products so that you can make informed decisions about the best options for you. Find out more about our editorial process.

For every medication that is released into the world, there is often a “natural remedy” close behind it that claims to combat the same targeted issue. These remedies are derived from natural foraged plants or ingredients found in your local grocery store, and typically, only have anecdotal testimonials to back up their claims.

However, some of these remedies, like natural PDE-5 inhibitors for erectile dysfunction, may actually have some merit to them, being tested by researchers as alternative treatments.

Many men seek these alternative treatments for the sake of keeping their condition a secret, even from their doctor.

However, the world of natural remedies is challenging to navigate, as it is filled to the brim with questionable testimonials and the results of conflicting studies, most of which are conducted by non-professionals.

We’ll be exploring what the most used natural PDE-5 inhibitors are for treating ED and which of these have proven themselves promising to researchers.

What Are Natural PDE-5 Inhibitors and What Do They Do?

Typically, a natural PDE-5 inhibitor is a substance found in nature that, when ingested or applied topically as directed, inhibits the actions of the phosphodiesterase-5 (PDE-5) enzyme by binding with it before it can do so with anything else.

Concerning erections, this allows a chemical called cyclic guanosine monophosphate, or cGMP, to signal the body to relax soft muscle tissue and allow an erection to occur and persist (1).

Without a PDE-5 inhibitor, the enzyme would halt the actions of cGMP, and the erection would be lost, or refrain from even forming, as is commonly the case with ED (2).

Other forms of natural PDE-5 inhibitors claim to work by bolstering the nitric oxide (NO) within the body, which is responsible for a wide range of functions, including increasing the synthesis of cGMP (3) and thus theoretically improving erections.

What Are the Most Common Natural PDE-5 Inhibitors?

In truth, there isn’t any solid, conclusive evidence that any natural remedy has any significant effect, if any effect at all, on erectile dysfunction. Most of these remedies simply haven’t shown enough evidence to warrant extensive testing, and the few that have, have either produced negative, or mixed results.

However, the following have remained a staple in the natural remedy community as effective counters to ED.

What Are Common Side Effects of Natural PDE-5 Inhibitors?

The most common thing to watch out for with any natural remedy is whether or not it interacts with other medications, as this can have adverse, and sometimes deadly effects on the body.

Additionally, symptoms such as headaches, anxiety, and high blood pressure should be monitored closely.

The Future of Natural ED Remedies

One Italian study, performed in 2019, pitted sildenafil against numerous other natural remedies in a simulated, chemical analysis, testing each substance for its respective binding energy, or its effectiveness as a PDE-5 inhibitor.

The results of this test showed very promising results for a chemical called Kraussianone-2, with binding energy even higher than that of sildenafil (18), and several other natural substances close behind it.

These natural PDE-5 inhibitors may be a long way from large-scale testing, but also give a good insight into what the future of these remedies may hold. 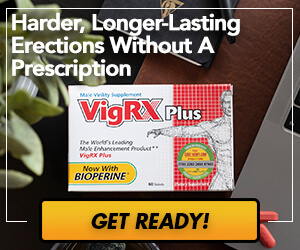 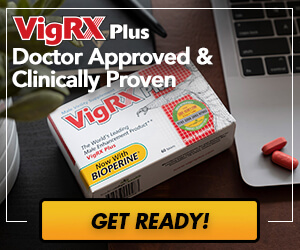